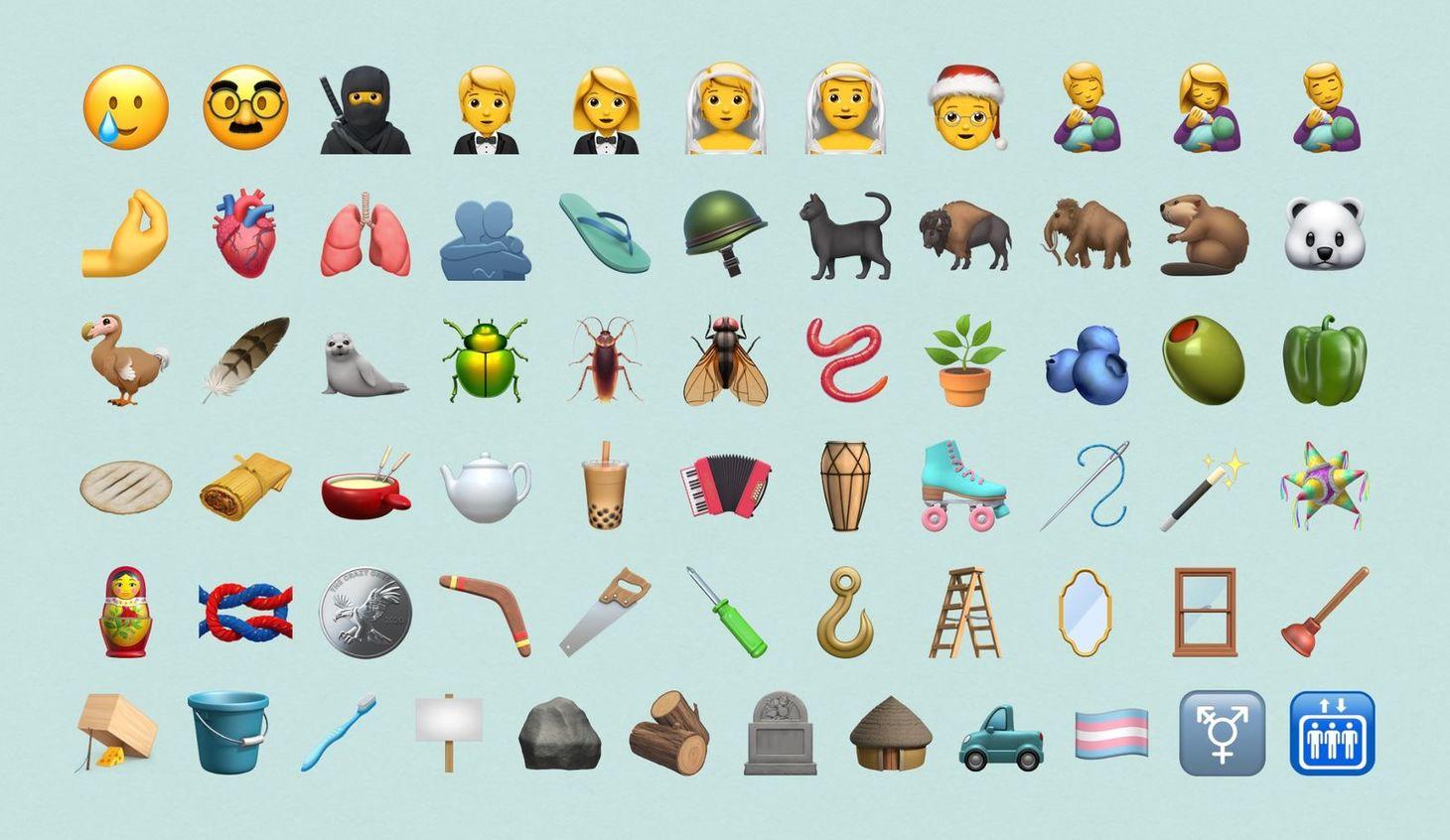 England has just gone into Lockdown #2 for the year. The US is awaiting those last few election results to come in. Apple releases iOS 14.2 with new emojis.

I'm well aware there's more important things in the world than a new emoji release, though I do stand by the fact that these remain an interesting insight into progress and representation in the world, even if the most useful emojis tend to be smileys and gestures more than people, flags, or objects.

Having a set of emojis which now includes a transgender flag, a man in veil, woman in tuxedo, and a gender inclusive Mx Claus isn't a direction I'd have assumed our emoji keyboards would take when I first joined the Unicode Emoji Subcommittee five years ago. It's not that I think these are essential, but at a certain point it's about fairness. Once you have humans on the keyboard, it's only fair that the options should at least attempt to be representative of the world around us and the people in it.

One great aspect of iOS emoji updates of the year is that they come out at the same time, for millions of people. It's a shared experience.

Given that new emojis require both the sender and receiver to be running an updated app or operating system, the fragmented way in which emojis only appear for some Android users hampers the ability for a new mass of people to have them on a certain day. On iOS by comparison, that day arrives for millions of users at once.

Apple's release model isn't perfect. Especially with Unicode's new timing, it could mean that emojis approved now won't be on iOS until this time next year.

On the other hand, Google manages to get new emojis to some people sooner than Apple does - through software updates for Pixel owners - but many are left in the cold. Some apps and phones support new Android emojis early, but not others. It's a work in progress.

For Apple users, those with an iPhone up to five years old can get new emoji support right away.

Let me give you the TLDR on new emojis coming up:

Even though Emojipedia's image archive now dates back over 20 years, the first emoji changelog article I ever wrote for the site was in 2015 for iOS 9.1.

🤔 An observation on Apple's coin emoji

Seeing the responses's to Apple's 🪙 Coin emoji made me appreciate that while 1997 seems like recent tech history to me - despite being only 13 at the time - but so many Emojipedia readers today weren't born then. So these old references don't always stand the test of time.

If you've not been following Google's feature to combine multiple emojis - it's really a step up from many of the similar options available in other emoji-esque sticker packs.

The best part is the attention to detail given to the combinations. While some are just simple combinations of two features – like options to allow all kinds of emojis to have an exploding head – others are pure art like the combination of 🦠 Microbe and 💩 Pile of Poo, or 🌭 Hot Dog in a ☕ Hot Beverage.

The website for Emoji Kitchen doesn't yet seem to show the new options added to Gboard on Android last month, so that remains something for Android users to enjoy.

The only one thing holding this back: the inability to work in any text-based context. Due to the limitations of stickers in general, these are sent as images, and therefore can't be sent within sentences, or in text-only contexts like an email subject or Twitter bio.

If we ever reach the days of embeddable custom emojis within text, this would be a killer app for Google, as these combinations are hilarious and emotive.

Just a personal note from me that I couldn't feel more fortunate to have a digital-only line of work throughout 2020.

Very thankful to the nurses, doctors, teachers, supermarket workers, bus drivers, and everyone who has worked through this year, putting themselves at greater risk than those of us who can simply work from home.

To all of you who subscribe to this newsletter as a bit of a distraction from everything else going on, thank you.

Next month you'll see a new face on the newsletter: Keith Broni, Deputy Emoji Officer at Emojipedia will be curating the emoji news. You can send follow him on Twitter and send him any tips or questions at @KeithBroni.

As always, I'm on Twitter, or you can see my boat travels (v limited right now) on Instagram or TikTok.