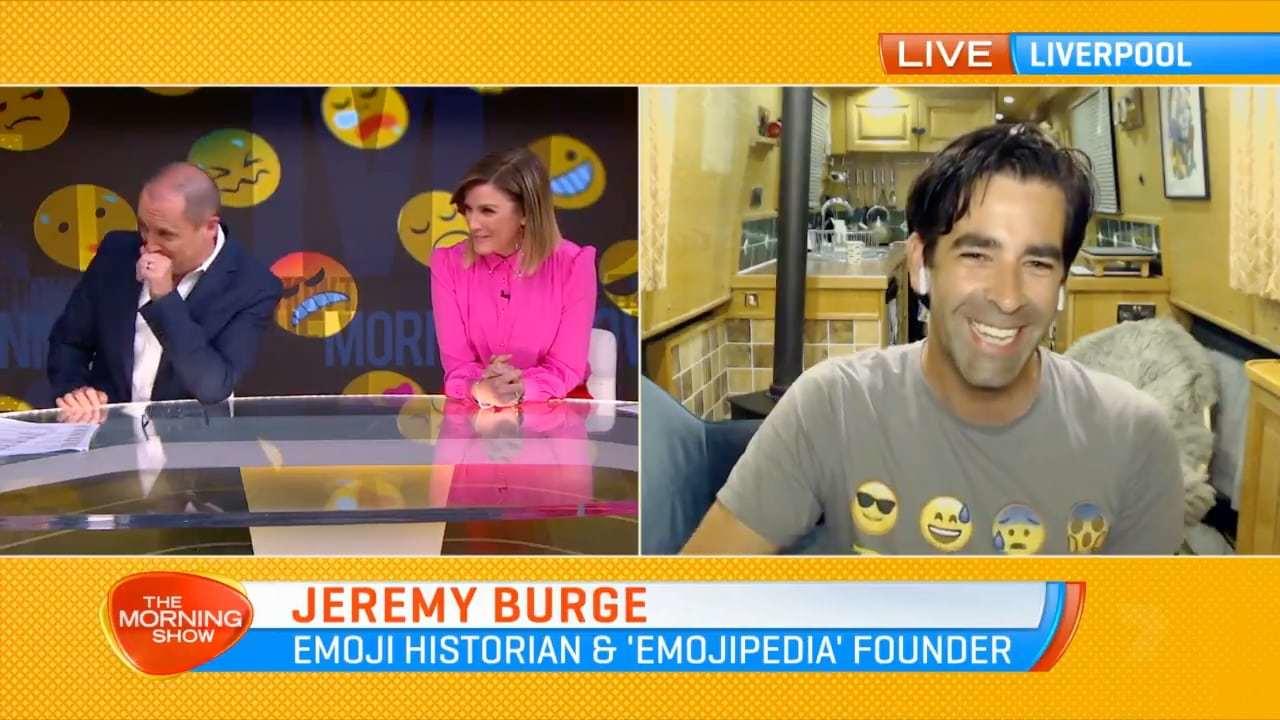 Hello from Lancashire, where if you're in Australia you might have seen me pop up on The Morning Show from my boat, talking about the latest emojis approved for 2021.

But wait...new emoji announcement for 2021? Most people don't even have the 2020 emoji updates like Bubble Tea or the Trans Flag yet. It's...complicated.

Some Android phones and apps have begun seeing new emojis recently (Pixel, a few Samsung phones), and a whole lot more will get them in the coming weeks when Apple releases iOS 14.2.

Further down the links in this newsletter I ponder the purpose of Unicode doing PR, get annoyed at Apple being sued over skin tone emoji designs, and look and other emoji news items that you might not have seen.

Oh and while I have you, here's our Halloween emoji list if you're looking for spooky inspiration. I don't blame you if you're not.

Will the new headstone or black cat emojis land on your phone before October 31? 🤷

It's only in beta for now, but this is what Apple's emoji update for 2020 looks like.

Normally the 'emoji set for 2021' would be announced sometime between January and March 2021. The schedule has changed, and this could put vendors in a pinch. More specifically: Apple who relies on a big emoji release each year to drive software updates. Android is more fragmented in who gets updates and when, so arguably less affected to roll out new emojis at any time.

Does Apple wait 13 months to October 2021 to support new emojis announced last month? Or does it change when it adds new emojis in future years?

The alternative: prepare the draft emoji set in advance, and when Unicode announces the next final set in September 2021, support those right away in October 2021. Or November 2021. Given Unicode originally pushed back releases from July to March, so vendors had more time before their annual release - this seems like it would be a challenge.

If you're planning on proposing a new emoji: don't! At least not yet. Unicode will re-open submissions in April 2021.

This makes zero sense to me. If you work with Unicode and vendors hoping to standardize skin tone options for the emoji set, the outcome of that is vendors implementing versions of their designs with skin tones.

To then come back years later and claim copyright infringement seems poorly thought out.

And more specifically, the imagery involved seems to imply that Apple 'copied' the iDiversicons emoji-like sticker designs, but that set was based on Apple's in the first place.

Compare Apple's 2008 oncoming fist emoji (which was white at the time, before changing to yellow after skin tones added) with the iDiversicons image in the article registered in 2015.

Putting aside legal argument about whether a human gesture is sufficiently distinct to copyright in the first place - even if this were a very original design, that design was on Apple platforms years before the images shown from the plaintiff.

I'm not a legal expert and don't enjoy defending giant companies, but this lawsuit feels wrong. I hope the judge sees the case for what it is. The precedent otherwise would be very limiting for new emoji proposals.

Why would a company ever want to engage discussions about better emoji representation in future, if risking being sued over implementing it?

Mostly positively received so far, but an interesting angle has been those using 😷 Face with Medical Mask as a 'disgust' emoji.

Arguably there's plenty of other 'disgust' emojis that could be used (😒🤢🤮), so it's not a great loss. But goes to show even the smallest and best intended changes can affect how people use an emoji.

🧑‍🍼 Now Anyone Can Feed a Baby

🌬 The evolving, unexpected power of the emoji

The headline sounds like just about every emoji article, but this does cover some worthwhile ground which is why I'm including it here.

This year’s crop, for example, includes a new rope emoji. “It’s innocent; the proposal was banal,” she says, “but when you think about it and you see that knot next to a tree, you have a suicide. You have a lynching. And it’s already pretty easy to be angry online.” Daniel and her colleagues helped adjust the new emoji’s color and alignment. “You can put that new design next to the tree, and it doesn’t have the same orientation,” she says. “Having that kind of empathy is critical to the subcommittee.”

Can you blame her? 🇦🇺🇬🇸🇳🇿🇰🇾🇲🇸

A video from The Unicode Consortium about who they are and what they do. It's nicely done, though I often wonder what the purpose of PR is for a standards body.

If Unicode never did anything with the press, would that impact its ability to encode new characters? I don't see the harm in it, just pondering out loud here.

Thanks for reading! Despite writing for a living, these newsletters take me forever to find the right words. There's actually a giant amount of 'emoji news' out there day to day, but I strive to find you the parts that are actually interesting. Hopefully I get it right most times.

If you're not already, check out Emojipedia's: